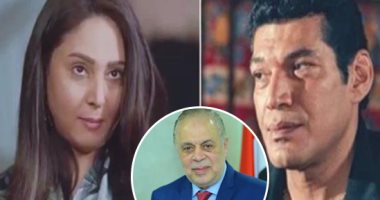 Artist Ashraf Zaki, the leader of the active professions, has decided to suspend artist Bassem Samer and artist Rehab El Gamal, commenting: “They are not allowed to practice the profession and we will answer all the cameras and investigate this issue. ” Si Egypt.

The artist, Bassem Samra, commented on the incident of the artist, Rehab El-Gamal, saying: “The subject is more insignificant than this and simpler than that .. the artist who said these words had a trip before the 14th day and wanted to finish the movie .. I try to say that I wait a little for two days 3 and then I will travel .. Because there is a mess in the movie and that.He said after that, I apologize for the salvation … and I said to the director, “Salvation of Newbitt, another.”

He added that during a telephone conversation with the media, Amr Adib, through the program “The Story”, which was broadcast on MBC Egypt: “I had a series,” I do not know who the main heroes are “, he asked for more money and deformed, and the girl thought I saw her from the movie and the series. Higlot, it will go down, which means … the story. We stayed in a famous hotel and there was no such thing. “

She continued: “The last time he took her from the department … because her husband was a scammer and he was walking with 2 radios.