Amr Fahmy’s father comments on his son’s revelation about the CAF president’s corruption .. and explains the cause of his death 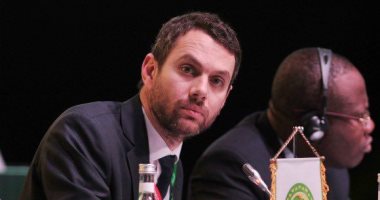 Mustafa Murad Fami, the former Secretary General of the African Union, said that his late son, Amr, had prepared an entire archive of “sufficient” corruption in the time of Ahmed Ahmed, who was involved in many corruption cases and sent it to the “FIFA” continued: “Ahmed Ahmed did things. It has nothing to do with football and there are many cases of corruption. “

Murad Fahmy added in a telephone interview with Al-Hekaya media outlet Amr Adib that Amr Mourad Fahmy had fulfilled all his responsibilities until his departure during his tenure at the African Football Association, noting that the provisions of the FIFA Securities Committee warn all competent officials to report any internal corruption other than the official concealing the breaches.

Mustafa Murad Fami revealed the causes of death of his son, Amr, explaining that the deceased had suffered a brain tumor of the type that is difficult to treat and had undergone two surgeries, but fate did not leave him, continuing: “It was difficult to eliminate the tumor, until he died in Cairo. On February 23, Amr was a fierce last minute fighter. “