Retro winter behind soccer. The exhibition at Dancing House presents clothing and games of the season 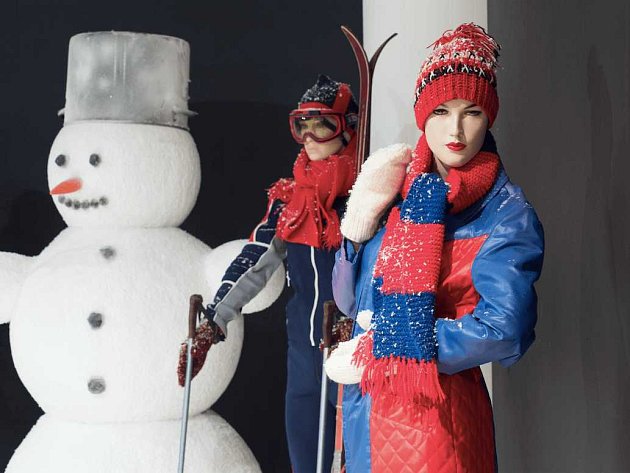 / PHOTOS / Do you miss socialism? Do you want to remember childhood? Or do you want to know how Christmas was in Czechoslovakia in the 70s and 80s of the last century when the Communist Party ruled in the country? The Dancing House Gallery in Prague opened the retro winter show for the football exhibition on Thursday after the previous report inspired by the same period. The exhibition will run until 3 March 2019.

Glazing on the ground floor The dance hall on the waterfront in the heart of the capital was transformed into a lift of the Kotva department store. Visitors can travel both locally and at that time, as old Christmas decorations, clothes that could be purchased in the field or on demand or at home according to Burda magazine appear. Down is also parked "jigulik".

"Many of us are still in the memory of the 1970's and 80's, but the show is for all generations." Someone will remember to look at the not-too-distant past, "said the director of the Robert Vujtek gallery.

According to the press release, some 1,300 exhibits come from private collections; some exhibits are borrowed from film studios at Barrandov or from Czech Television. "Among the numerous treasures exposed are, for example, the unique costumes of Jiřina Bohdalová from the legendary television show" Televarieté! "It attracts the gallery to the lovers of dance TV.

On one of the three floors, guests can see the retro apartment, where the preparation for the Christmas Eve peak. Many people are sure to recognize Eta or Tesla household appliances, food packaging and other national products such as Madeta, Kofola, Fatra and others.

Vegetable Queen and Letter to Jesus

"The exhibition features a unique private collection of toys from the 70's and 80's from the Rychnov nad Kněžnou Museum, which was founded for almost 50 years and some exhibits have never been exhibited. interactive playground on the children's playground where original images from the illustrators of the various children and the famous Večerníčků appear, "says the press release of Jana Sommerová and Nadia Klempířová.

The smaller ones can make carnival masks or masks of the devil or Nicholas in the workshops. There is a traditional Seva kit from the children's corner, some of which once played. Children can also get a letter to Jesus in a magazine mailbox.

The usual life in Czechoslovakia, about forty years ago, also remembers the last floor devoted to electronic and everyday needs. At Dancing House, there is also a traditional vegetable queue. Visitors to the show will also see what they did for skiing.