They present a road map for the illegal cultivation program in Tumaco, Nariño 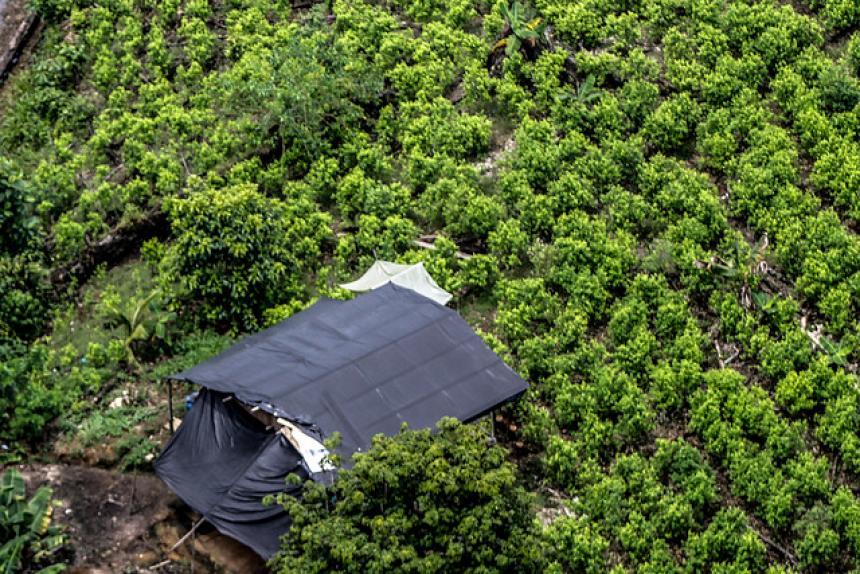 Emilio José Archila, High Emergency Adviser, presented the roadmap for stabilizing the Comprehensive National Illegal Cultivation Program (PNIS) in Tumaco (Nariño), which said it is one of the areas most affected by violence.

The High Councilor said it was time to find a precise solution to how PNIS was found at the beginning of the Duque administration following the United Nations report showing an increase of 17% in cocaine when 146,000 ha in 2016 171,000 hectares in 2017.

Similarly, Archila called for the support of all Colombians to be "part of the solution" in a process that would improve social conditions in the most vulnerable lands of the country where the impact of illegal crops is evident.

"PNIS did not accurately analyze the information of families (growers, non-farmers and reapers) living in coca cultivation areas." As a consequence of this, there was insufficient financial planning and ambitious expectations. can not be met in the short term, "said the High Councilor for Post-Conflict Disputes.

Archila pointed out that one of the difficulties that arose with the program was the lack of socialization of the collective agreements signed with the Public Force.

Regarding the special situation of Tumaco, Archila claimed that there were 16,535 signed individual agreements. To date, there are 8,160 families linked to the requirements met (49%), 2,226 families suspended due to non-compliance (14%) and 6,149 families who have signed an individual agreement and control the claims (37%).

Regarding the actions to be taken to make substantial changes to the development of PNIS, the High Councilor stated that for families who have been suspended payments will respond to the disclaimers submitted by these families and that an overview with the Mayor of Tumaco for possible cases of multiple affinity with other systems.
"We will continue this roadmap to overcome the difficulties and shortcomings of the process, to work with institutional articulation in the region, overcome the administrative problems, manage the necessary financial resources to promote the fulfillment of the commitments and promote the productive projects so that thousands of Colombians can guarantee their entry into the law, "Archillah added.

Archila stressed that during the first 100 days of government, a careful review and adjustment of programs such as PNIS was carried out in order to be able to face the challenge of strengthening and articulating institutional supply and timely response to the demands of the moment. .

"PNIS will be the hallmark of an effective, timely and transparent alternative development program. It is the sign of the commitment of President Duque's government to families who have taken a step in legitimacy and want to stay in this direction," Archillah said.

Finally, the High Councilor said that commitments to the 132,000 families associated with the PNIS program will be fulfilled. Currently, there are 97,000 families connected and a careful protocol will be followed, as defined by the Regulations that gave legal status to the program, to ensure the linking of 35,000 families currently in collective agreements and going into individual agreements.