The effects of cyanide on the body – Health – Life 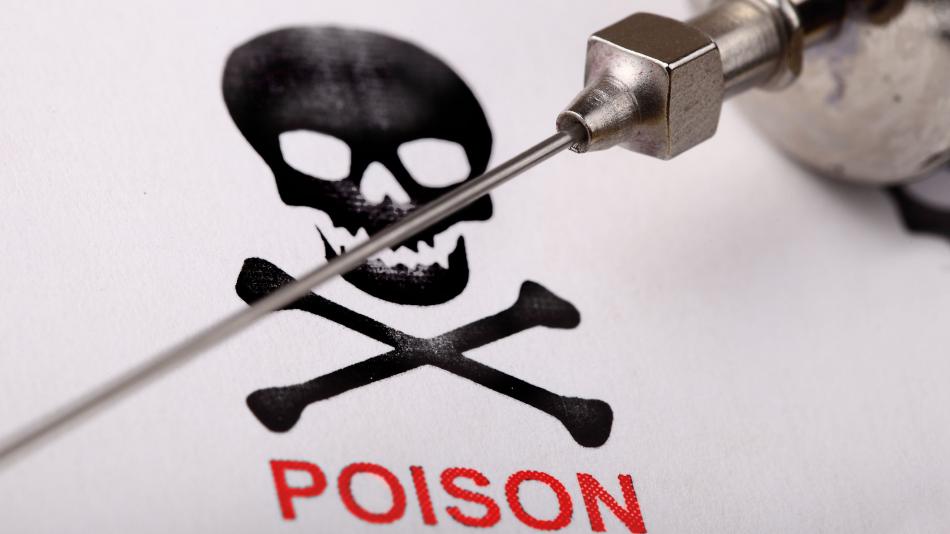 Cyanide is an extremely toxic substance that can cause death in a few minutes at low doses. In this way, the toxicologist Ubier Gómez summarizes the effect that his intake in the body can cause.

Gómez explains that cyanide is mostly sold in a solid state and in this state the lethal dose is 3 milligrams per kilogram. However, when dissolved in water to form hydrogen cyanide It increases up to 10 times its toxicity and requires only 0.3 mg per kilogram to cause serious damage to a person's health.

Miguel Tolosa, a toxicologist at San Jose University Hospital, says that the devastating effect of cyanide on the body is to block enzymes that allow oxygen to be used by the cells. In other words, it blocks – irreversibly – the respiratory chain of all cells, so that the more sensitive to low oxygen, such as neurons, will die within minutes with fatal results.

Gomez adds that because he can not use oxygen from the arteries, blood passes through the veins, oxygen and manifests with generalized redness in the person, respiratory distress, palpitations, nausea or vomiting, excitation, loss of consciousness and death in a matter of minutes, depending on the dose or route.

The effects on the body, stresses the expert, depend on the amount of substance to which the individual, area and route are exposed. When taken orally it is combined with acid present in the stomach – hydrochloric acid – and forms cyanogenic hydrogen, which is extremely diffused in the systemic circulation. The most serious is when inhaled in the form of steam, as it directly affects the respiratory function.

Both experts agree that any medical care depends on the speed at which professional help is sought. According to Gómez, if you reach a hospital within 15 minutes, there is the possibility of saving the patient's life with antidotes and vasodilators.

However, in most cases death happens painfully and in a few minutes, before they reach a hospital, doctors say.

Cyanides are highlighted, used in gold processing and access to them is relatively easy at any chemical store.

The most obvious thing is to avoid contact with this category of substances at all costs. However, before any incident with cyanide, do not hesitate to run in a hospital. Time is decisive. If you are in contact with this substance, do not apply water as the liquid can evaporate and make it more toxic.