Cúcuta and Unión, to promote a date before Colombian football 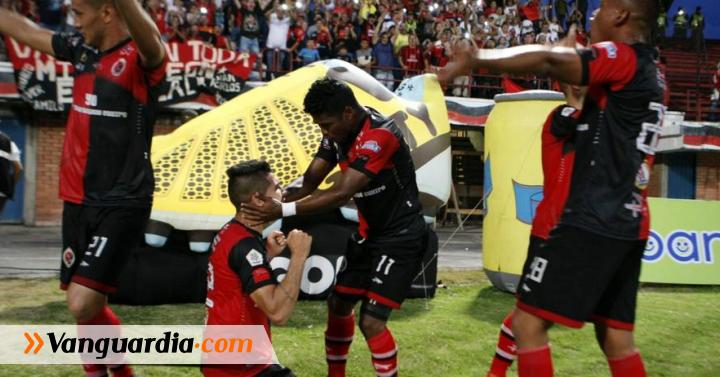 The "motilón" box has the best choices, as a draw against Cortuluá will achieve the desired rise.

Cast Nortenantandereano is the leader of the quad A with 10 points and his opponent, Cortuluá, is the second to six.

That is, those directed by Lucas Pusineri need, at least, equality in the home of "Corazón del Valle" to return to the elite of national football.

Llaneros and Real Cartagena, which have already been eliminated, will play the other game of the Zone.

The fight between nortenantanderedenanos and vallecaucanos is scheduled for today at 3:15 pm

On the other hand, Tomorrow Magazine may also be designated in favor of Magdalena Union Square.

The "banana" box is a leader with 10 points, three more than his opponent in turn, Quindío.

Meanwhile, Deportivo Pereira, who is third with six points, will play as a visitor against the blocked Valledupar.

A triumph of "Cyclone Bananero" puts it straight to A, because it becomes impossible, while the draw is favored, as long as Pereira does not defeat Valledupar.

The triumphs of Quindío and Pereira will leave the definition open until the latest date when matecañas will be counted with the Santa Marta team and the players will "collide" in front of the "vallenates".

We should remember that Cúcuta and Union Magdalena were the most regular cast of the year. The two were first and second, respectively, in the first round.