Experts analyze how strong the super hurricane “Sandu” is: the kindergartens in Shanghai are interrupted for a day and a half and the lessons in many places in Zhejiang are interrupted-Attention! -CnBeta.COM 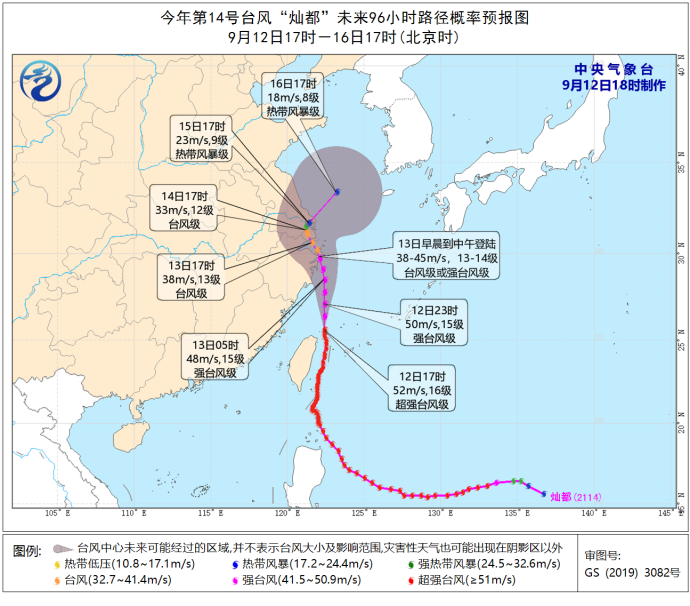 The “Sun Du” is expected to move north at a speed of about 25 kilometers per hour.Landing on the shore from Zhoushan to Xiangshan in Zhejiang Province from morning to noon at 13 (38-45 m / s, level 13-14, hurricane level or strong hurricane level), or crossing the coastal waters of Zhoushan in Hangzhou Bay , and will be in Hangzhou at 14-15 The sea surface or the area around the bay circulates little and started moving northeast at 16 and the tension gradually weakened.

Heavy to heavy rain is expected in parts of southeast Jiangsu, Shanghai, southeastern Anhui, most of Zhejiang, southern Sichuan and northwestern Guizhou between 20:00 on September 12 and 20:00 on 13. Shanghai, north Zhejiang and east, some areas in southeast Jiangsu have heavy rainfall (100-220 mm), some areas are accompanied by short-term heavy rainfall (maximum hourly rainfall is 20-50 mm, the local area may exceed 60 mm), and the local area has strong transport such as thunderstorms and thunderstorms. weather.

Meteorological experts stressed thatIt strengthened to the level of the super hurricane at 5 in the morning on September 8th. “Santo” maintains this level for more than 100 hours. At its peak, the intensity reached 68 meters per second, which is considered the king of super hurricane level.

At present, the central mountain range of Taiwan has weakened the “Sandu” and its core strength has been retained, so it is still very strong.

For Taiwan, wind and rain are the strongest today; for East China, with the arrival of the hurricane the day after tomorrow, it will enter the main period of wind and rain.

However, there is still uncertainty about the “Sandu” landing or crossing from Zhejiang, which will also directly affect the intensity of wind and rain in the Yangtze River Delta. 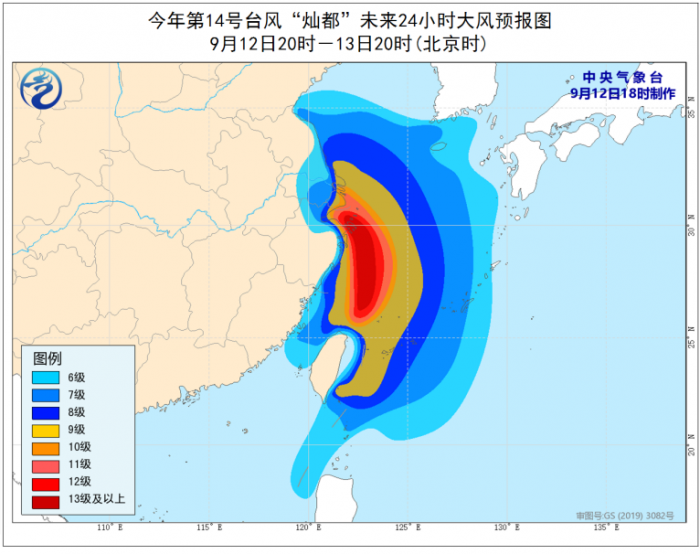 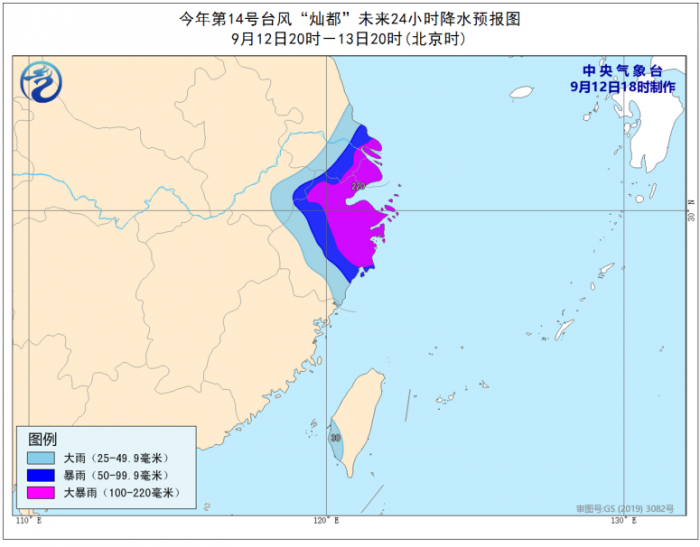 As “Sandu” approached, Shanghai and Zhejiang have already taken action to suspend classes and activities in many places.

Zhoushan Primary and Secondary Schools and Kindergarten students will be postponed to return to school on September 13 (Monday) and the specific return time will be notified separately. All types of off-campus educational institutions will discontinue counseling classes. Boarding schools with students staying in school will be good students Security administration and logistics support work.

Primary and secondary schools, kindergartens and educational institutions in Ningbo will close on September 13 and 14. The restart time can be determined according to the actual situation of each school in each area and can be applied with reference to Ningbo E universities

All schools, kindergartens and training institutions in Jiaojiang District have suspended their activities outside of education and teaching. All schools and kindergartens in Huangyan District have suspended classes and training institutions have suspended offline teaching activities. Today, all schools in Wenling City have suspended their night school and boarding students will be temporarily suspended from returning to school. Please pay attention to the school notice before 7 o’clock tomorrow morning, if you want to start the lesson tomorrow. Luqiao will close classes tomorrow (September 13). The specific restart time will be informed by the higher education department. Classes in the new Taizhou Bay area will be closed on Mondays and Tuesdays (September 13 and 14). First of all, the lessons will continue on Wednesday.

Some lines in the Yangtze River Delta have been suspended. From 12 o’clock to 12 o’clock, the lines that are scheduled to stop operating are:

At 13, the Hangzhou-Ningbo High-Speed ​​Railway, the Ningbo-Wenzhou section of the Hangzhou-Shenzhen Line and the Jintai Railway were suspended.

At 13 and 14, all city trains on the Xiaoyong Line were suspended.

From September 13, 2021, all intercity and intercity intercity lines from the passenger transport centers (stations) of Zhoushan Automobile Transportation Company to other areas will be suspended! The restart time will be notified separately.

A total of 15 flights were canceled to northeastern and southern China before 11 on September 13 and all departures after 11 were canceled.

The Zhoushan Fishery Anti-Taiwan Task Force instructed all fishing vessels to go to sea to ensure that everyone arrived at the port for wind protection at 10 a.m. to 12 p.m. The 76 passenger itineraries and 182 passenger ships located in operation in the jurisdiction have also been suspended since the 12th.

The strongest piece comes out! Both big 100 billion leaders dropped both limits and the trillion “king” fell below the 500 yuan limit- Sina.com

Do you know these Chinese names “engraved” on Mercury? -Hangzhou Network

Zhou Yangqing divorced again and she was going to miss her friend Luo! _Luo Hao-Sohu

Jufeng Investment Advisor: Can we continue with the return of A shares to 3700 points? -Oriental Fortune Network

Against Vietnam in the next round, what can a national football team that does not have the luxury of losing win?