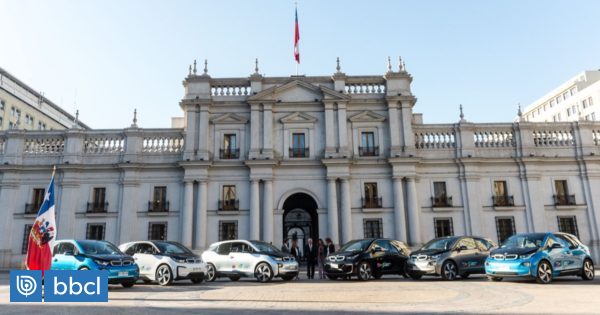 The Minister of Transport, Gloria Hutt, has defended the diesel mission for the La Araucanía region, precisely on the day the government received BMW electric vehicles for the Presidency and some ministries.

On 26 October, the executive announced the new fleet of trains operating in the Bío Bío and La Araucanía regions. Three of them, who will travel along the route between Temuco and Victoria, will be diesel, the most polluting technology.

Stretching, however, has an infrastructure for electric trains although it would have already reached its useful life.

However, Hutt justified this type of machine and acknowledged that there were no conditions for the renewal of the railway park in an electric press.

"Technologies are also selected, taking into account the existing infrastructure", he said.

Immediately there were criticisms from experts, as the region is one of the most polluted in the country.

Scientist of the Department of Physics of the University of Santiago, Patricio Pérez, assured that the addition of a new pollutant is not positive for the region.

"Everything that's broadcasting is coming up, it's already pretty polluted in the winter," he said.

His counterpart, President Sebastián Piñera, today presented a fleet of six electric cars for government use, which will be available to the Presidency and the Ministries of Energy, Transport, Environment, Economy and Finance.

Despite the diesel trains for La Araucanía, the head of state said they are trying to replace the most polluting fuels like oil.

"Chile moves with crap and boundaries into a cleaner grid"He assured.

Also, the deputy of the Democratic Revolution and chairman of the Committee on the Environment, Catalina Pérez, described as symbolic the actions of the executive on this issue.

According to the government, the use of these new electric cars does not entail new or higher costs for the state, as there will be no increase in the number of vehicles created in the current budget.

The charging times of cars in a home charger (regular plug) are 10 hours but are reduced to 40 minutes in a public 50kw DC charger.