Fallout 76: Our Impressions From Beta 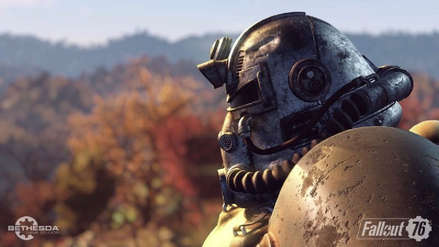 Comrade Alberto Pinto Zegarra is working again with Más Consolas. This time, the beta of Fallout 76, which was available in the early days of November, was tested. Without another mistake, I leave you with your impressions:

Because no one is secret that the most popular video game franchises have a kind of "substance" which is maintained through its various launches, and that is what guarantees them, with a few exceptions, a good reception from their fans.

This is something Bethesda Softworks and our franchise has proven Fallout, with the added value that the magic of RPG also shows us great exhibitors in the West.

I recently tried B.E.T.A. (Break-It Early Test Application) Fallout 76, the game that will hit the stores this November 14, and my experience left me with confidence this Fallout It has the positive things that the series has highlighted. However, I have to say it I have some questions for this new bet, when you play the game with an approach that affects the online experience.

First of all, the game starts with some colorful movies retain the post-covert argument of history, and then in a very advanced character creation (to the point where I could reconstruct with some patience the appearance of a friend from real life): all of this is loaded into the cloud, since we are in an online game.

The graphics have improved compared to Fallout 4, but all of them have a cost: the game occupies over 90 GB of disk space, in order to increase if patches become very common in the future (once it was confirmed that the day one patch will weigh more than 54 GB).

the good thing Fallout 76 is this brings the positive things of the previous tradition and fixes some things as well, since the physics of the game is now more accurate and the shots more accurate. You also have the ability to play first or third person, depending on your preferences.

Exceptionally, I will say that NPC settlements are more scattered (if there is anyone because I could not see any), which makes sense if the game is now online. What is new is this you have a portable workshop which will help you to camp and shape your personal base.

End, I felt like a real lonely survivor, because the map is too big and I have not seen many players online, but that's understandable because we're in a beta, so maybe her world Fallout 76 will be as strong as the Commonwealth or Las Vegas after the fall of a nuclear bomb.