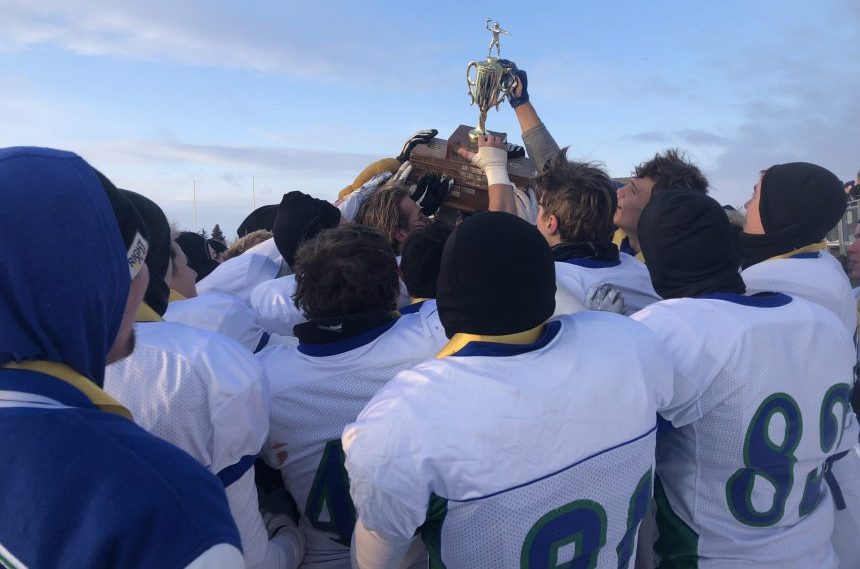 Saskatoon and Regina played both league championship championships on Sunday, with the visitor coming out victorious on both occasions.

It was a comfortable and snowy afternoon at Regina for the final of Saskatchewan 3A 12 football matches between Sheldon Williams Spartans of Regina and the Bishop of Saskatoon J. Mahoney Saints.

The Saints used the strong ground to take advantage of the weather and overcome the Spartans on their way to 43-0 in the fourth quarter. 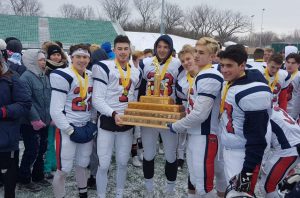 While the Spartans put the points in the arrow in the final frame of the game, the Saints traveled to a 43-14 victory, winning their fifth title from 2011.

"There is no better feeling in the world than winning, but we do not even win or lose, it's this team, it's such a special group, they've come together as a unit since the first day," said Davidsen.

Making the victory even more special for Davidsen did with his son, Boston, who ran for three touchdown in the first half.
"They train me all my life and all of this leads to it," said Boston, who is in the 12th grade class.

"I love him more than anything else, it's hard to describe, that means so much."

Meanwhile, in Saskatoon, the Miller Marauders are pending on the victorious side of another score.

Miller defeated Saskatoon Centennial 45-0 to win the first 4A 12 league title championship since 1971 and the first province title since he won the 3A in 2000.