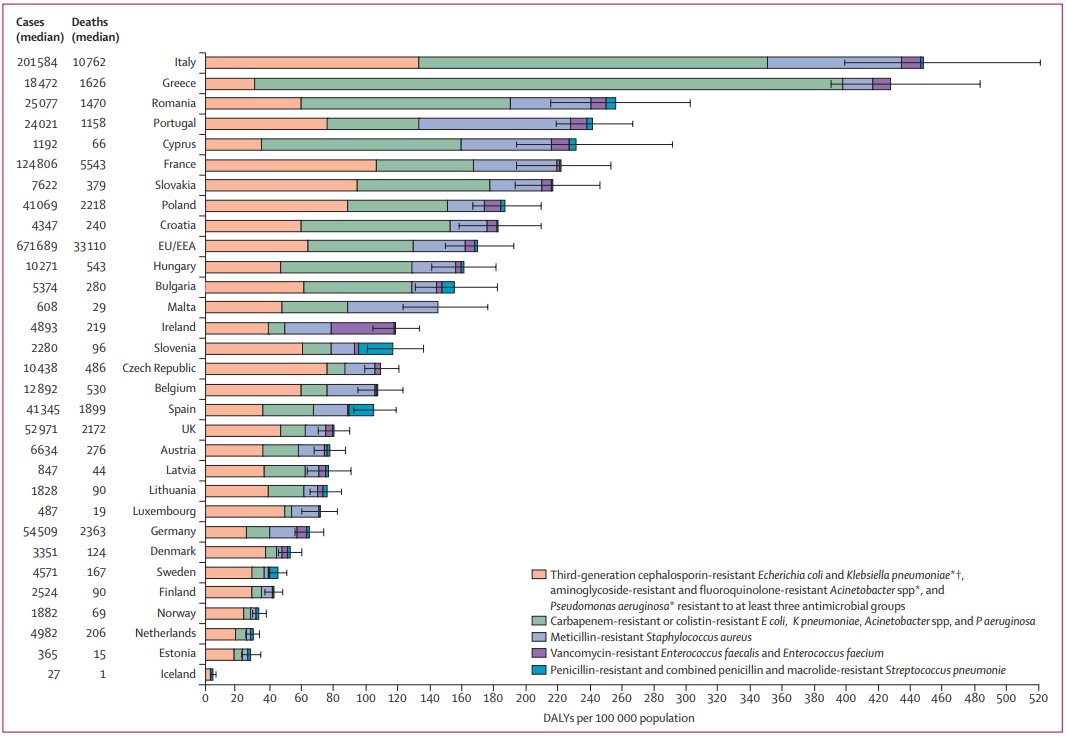 An ECDC study estimates the burden of five types of infections caused by antibiotic-resistant bacteria that cause public health concerns in the European Union and the European Economic Area (EU / EEA). The severity of the illness is measured in a number of cases, attributable deaths and rehabilitation years (DALYs). These estimates are based on data from the European Antimicrobial Resistance Surveillance Network (EARS-Net) from 2015.

The study estimates that approximately 33,000 people die each year as a direct consequence of an infection due to bacteria resistant to antibiotics and that the burden of these infections is comparable to that of influenza, tuberculosis and HIV / AIDS combined. It also explains that 75% of the burden of illness is due to healthcare-associated infections and that reducing it through appropriate measures to prevent and control infections and to manage antibiotics could be a feasible goal within the of health care.

Finally, the study shows that 39 percent of the weight is caused by infections with bacteria resistant to last-line antibiotics such as carbapenems and colistin. This is an increase since 2007 and is worrying because these antibiotics are the latest treatment options available. When these are no longer effective, it is extremely difficult or, in many cases, impossible to treat infections.

More information:
Alessandro Cassini et al, Predicted deaths and years of rehabilitation due to antibiotic-resistant bacterial infections in the EU and the European Economic Area in 2015: a modeling analysis at the population level, The infectious diseases of the Lancet (2018). DOI: 10.1016 / S1473-3099 (18) 30605-4