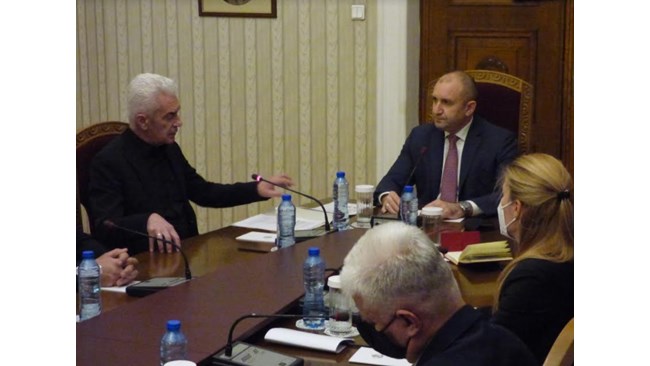 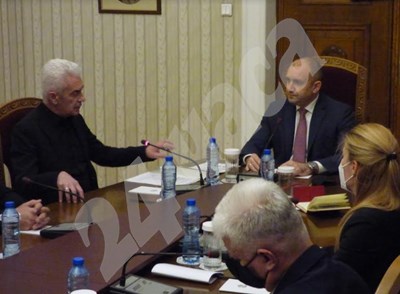 To check the status of “Information Service” AD and to remove the dead souls from the lists. This was requested by the leader of “Attack” Volen Siderov in the meeting with President Rumen Radev for the upcoming parliamentary elections.

“We, as old and experienced politicians, will catch the bull by the horns, because we start with the essential. The important thing is that there are currently about 600,000 ghosts or dead souls in Bulgaria. At that time, as the publisher of the Republic of 1990- “In 1991, I published an article by Professor Konstantinov and his then co-author Nikolai Valtsanov, talking about about 500,000 ghosts,” he told President Siderov.

“Now I present to you official statistics. In the NSS, the Bulgarians who must have this right to vote, ie over 20 years, are 5,636,267. At the same time, the CEC shows that there are 6,221,729. The difference is 585,482 votes. “In other words, it turns out that the CEC represents almost 600,000 more votes than the real ones. So what do we do? “What does it mean to talk about election dates and general principles that are ethical if we have this discrepancy in numbers?”

Please, you can be the guarantor of the fairness of these elections. Our idea is to check the state service or the state joint stock company “Infoservice”, as there is a lot of talk about supplies, we have seen all the ballot boxes, but the key is This is a state service in the Ministry of Transport, in fact a joint stock company with turnout over 97-98% and some private, but no one there knows how people are hired, what software is used for editing, because we know “Once upon a time, a great politician, comrade Stanef, said that it did not matter who conducted the elections, “In the end, the results were summarized, saying ‘you will enter’, ‘you will not enter’,” he stressed.

“It is important for us to control and the board of directors of the joint stock company to expand and include representatives of the opposition parties, of the political movements, that is to have a supervision, because this is currently impossible. The latest data that comes out is” They bought computers for 25 million. What kind of computers, for what, what? What will they do to them? “We want transparency,” the Ataka leader insisted.