Carlos Gon, the author of a car empire, falls off the podium 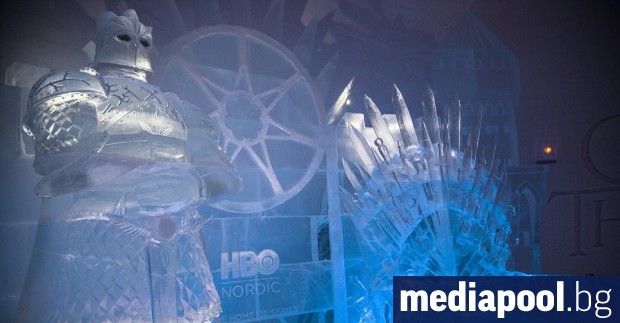 Gon, 64, was questioned by the Tokyo Prosecutor's Office accusing him of not declaring all his profits, Asahi Shimun said.

Nissan has confirmed that the head of the company has concealed revenue from the tax authorities and has already proposed removal.

Head of the Renault-Nissan-Mitsubishi Union, Carlos Gon received EUR 13 million in 2017, according to Proxinvest, a company specializing in capital management. He has won 7.4 million euros last year as Renault's head.

The head of the 2005 rhombic logo team, Carlos Gonz won the trust of the shareholders with the strength of the results achieved both in the French team and the Japanese partner Nissan. "The leader is primarily a man who achieves results," says Gon.

Renault-Nissan, expanded in 2016 with Mitsubishi, became the number one in the world with sales of 10.6 million cars last year.

Promoted by Gon, the group whose finances have already stabilized, was the first to make significant investments in the electric car, and in this field it is the world leader. After his hit, the competition rushed to follow the example, seeing the market jump up.

Gon, President and Chief Executive Officer of the Union and chairman of the Nissan and Mitsubishi board of directors, is the leader of a team in which balancing is not easy.

This association must combine the management of various businesses, respect cultural speculation, and distribute its industrial capabilities to achieve economies comparable to savings in an integrated company.

The French-Japanese giant brings together ten brands (such as Dacia, Lada, Samsung Motors, Alpine, Infiniti, Datsun …). It employs 470,000 workers and 122 factories across continents.

But the function of this unity, which is based on cross-shares that are not majority, raises questions as to whether it can survive the Gong era.

This manager of French citizenship of Lebanese-Brazilian descent has passed the world since his childhood. His regular routes between Brazil, Lebanon, France, the United States and Japan have made him a multilingual one that can easily go from one culture to another.

Described as a worker, especially in the morning. It usually arrives at Renault in Boulogne-Biancour, near Paris, at 7:30 am, "I have already worked for a few hours at home already."

Named "killer", he is specialized in converting companies in bankruptcy into profitable companies.

His current challenge was to redefine Mitsubishi Motors, which was involved in an abuse scandal. In Japan, he was highly honored and became a manga hero since he resurrected Nissan after taking control of Renault in 1999.

In France he was often accused of having a privileged attitude towards Japanese interests or managing very "economically". Criticism, however, has become more restrained since Renault began to create additional jobs in the country.

His colleagues particularly appreciate his charisma and the ability to listen.

His attitude was sometimes very stormy with the French state, which holds over 20% of Renault's voting rights.

They seem to have improved with the current government, which supported his retirement for a new mandate that led the group in June this year in return for a 30% reduction in his salary and the appointment of a second person to Thierry Bolloré, change the position.

In 2016, Renault's general assembly rejected 54 percent of the votes with a salary of 7.25 million euros, which it had received for the previous year.

The Socialist Government of France and Gong had entered into a sharp controversy in 2015 on the issue of double-count shares of long-term shareholders, who, according to Nissan, attacked the balance of the union.

With a polytechnic diploma, this four-born father, born in Brazil, a family of Lebanese origin, began his career at Michelin, where he climbed the ladder and became the second man of the company.

In 1996 he was recruited to Renault by leader Louis Schweitzer, who plans to get Gon to succeed him.

Gon continued his ties with Lebanon, where he studied with the Jesuits and had a vineyard.

Was this article helpful to you?

We will be glad to support Mediapool.bg so that you can continue to rely on independent, professional and fair information and analytical means.

Subscribe to the most important news, analyzes and comments on the events of the day. The newsletter is sent daily at 18:00 to your email address.