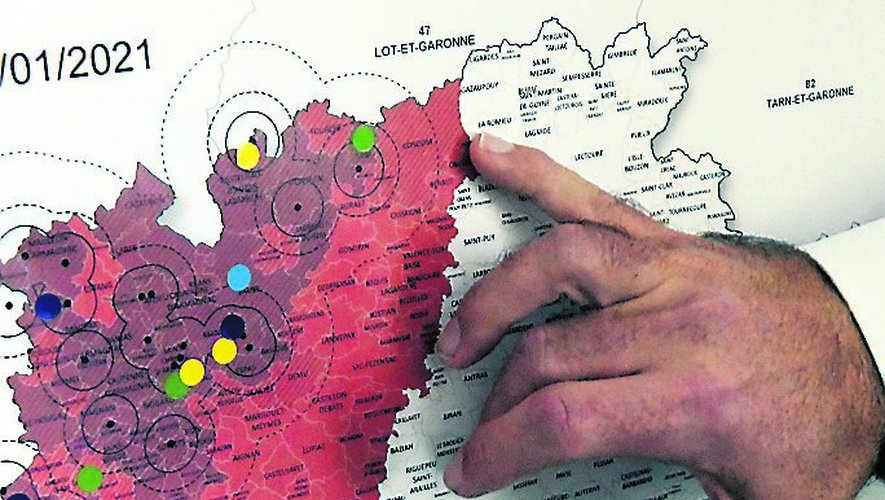 the essential
The daily number of new bird flu suspects in Gers is declining. A pre-storm relaxation or an underlying trend?

Good news was revealed during this visit to the DDCSPP’s services: “The momentum is to reduce suspicion,” explains Stéphane Guiguet, director of social cohesion and population protection. Who immediately cares: “We will see if it is the eye of the cyclone or if it lasts over time.”
Twenty outbreaks in Gers have been confirmed, according to the latest ANSES publication. By comparison, thirty suspicions are reported daily in the Landes.

The first suspicion was identified on Monday, January 4 in Gers. Since the beginning of the epidemic, the peak peaked on January 11 and the daily number of new suspicions has decreased since then. On Saturday, January 16, only one new suspicion was recorded. There are three sources of suspicion. The presence of symptoms in ducks: nervous disorders, tortillas, ducks that are activated and collapse, high mortality … The second source of suspicion is due to epidemiological links, ie the movement of people or animals between farms healthy and infected. The movements are detected this way. The third source is the presence of animals in the surveillance zone, ie ten kilometers around an outbreak. The animals are then subjected to a virological test before any movement. If it is time to stabilize in Gers, the situation is, on the other hand, now “very evolving” on the side of the Pyrenees-Atlantic and on the edge of the Hautes-Pyrénées.

The virus is circulating very fast, faster than during the previous epidemic of 2017. Xavier Brunetière, the prefect, shows: “in 2016 and 2017, the virus traveled about three kilometers a day. Today, it is between five and seven kilometers, with a progress from west to east, which was favored by storms. “
Hence the creation of this twenty-kilometer protection zone, which “is intended to be waterproof to prevent expansion outside the zone” “And so keep Astarac, where many farms are located, as well as the rest.