Carrasco broke a partner's nose in an argument! 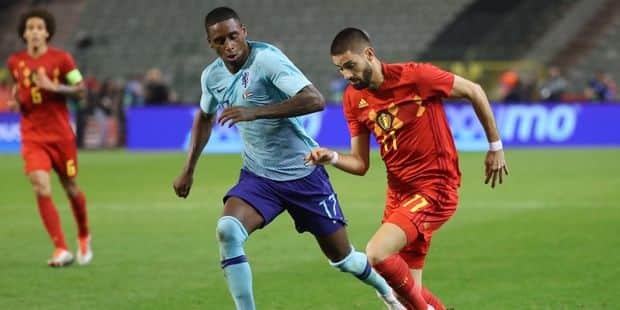 Red Devil Yannick Carrasco sent a Chinese Dalian Yifang teammate, with a broken nose, to the hospital after a training fight in August, released on Tuesday with a video from the apology of his club.

"This happened during a training due to a duel, we had a small decline that led to the injury of Jin Pengxiang's nose"said the 25-year-old striker.

"I think Jin Pengxiang is a good player and a great guy", he added, adding that he offered him 10,000 euros after his gesture. "I want to apologize to him because sometimes in football, especially during training, can happen after dueling I hope he will recover as soon as possible"adds Belgian, currently blocked in China by a passport problem and has not participated in the last two Devils games against Iceland and Switzerland.

The exact nature of Jin's wound, 28, is not known, but the defender has not been repeated since it happened in early August. Dalian escaped relegation on the last day on November 11 with a 2-0 victory over Changchun, including a goal from Carrasco. The Belgian entered China in February, scored seven goals and gave nine assists this season.

What are Oppo phones? A guide for the company and its smartphones