This housewife is the Imam in the family, without the village 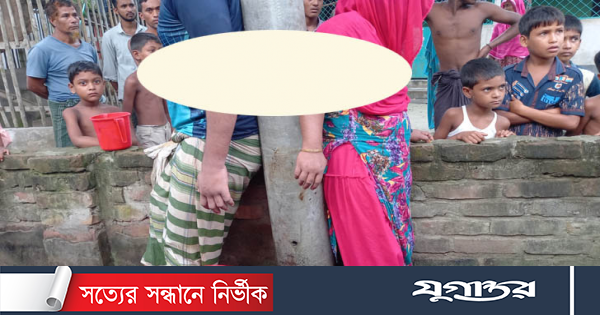 Local village leaders have ousted the imam of a mosque held by villagers from a housewife’s house in Bhangura, Pabna. The housewife’s family had no complaints and the locals made the decision in a village arbitration on Monday morning.

It is found that the imam of a mosque in the village of Bhabanipur of the Sadar union of upazila had an extramarital affair with a housewife next door. Neighbors noticed when the imam entered the housewife’s house at about 1 p.m. When many neighbors gathered and called the housewife, the imam in her room tried to run through the back door.

The locals chased her and beat her and tied her with the housewife to the electric pole on the street in front of the mosque one night. In the morning, when the locals consciously protested against the commitment, they were released.

The accused Imam is a resident of Parshbdanga village in Chatmohar upazila. The imam was later expelled from the area.

Golam Farouk, a resident of the same village and president of the UP, said the imam had been expelled from the village after the issue was resolved with a bond between both the woman and her family.

Bhangura OC Faisal bin Ahsan police station said no one had lodged a written complaint with the police station. The issue was later resolved by the district leader. However, anyone seeking legal assistance in this matter will be granted later.