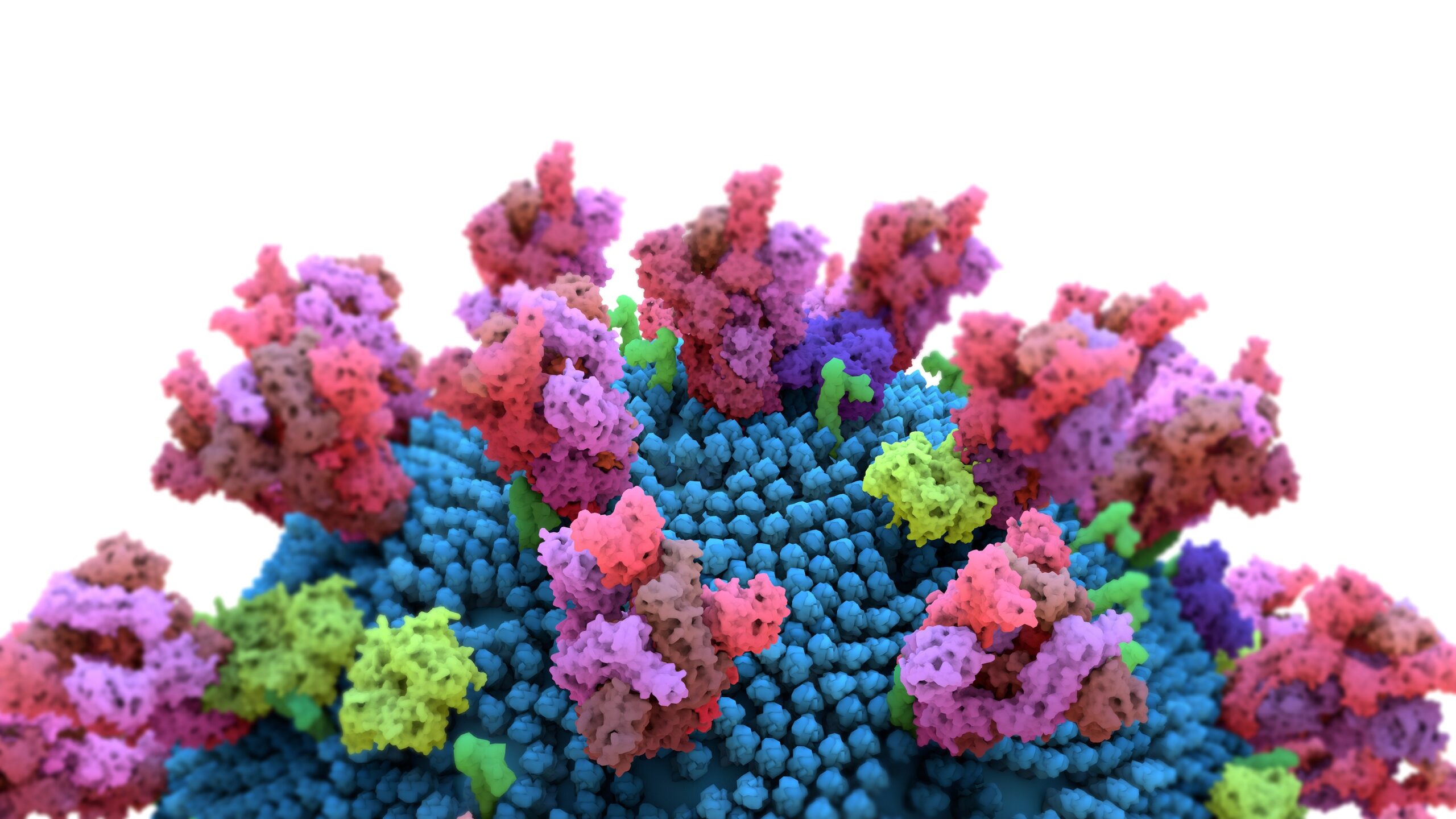 A German research team has used a new assay method to reveal a previously unknown point of attack on the SARS-CoV-2 coronavirus protein spike. The team showed that some sugar molecules protect the protein spike and protect a large part of the immune defense cells. However, the working group also discovered less well-protected areas of the protein tip that could be targeted.

Researchers at the Max Planck Institute for Biophysics in Frankfurt am Main were able to use a dynamic SARS-CoV-2 model to understand a protective function of the virus, which protects the protein spikes from the cells of the immune system. At the same time, the research also revealed weaknesses in the virus’ protective shield. The results were recently presented in the famous special magazine “Plos”.

Spike protein as a key feature of SARS-CoV-2

As the working group points out, the spike protein is a key feature of coronavirus SARS-CoV-2, because with the help of the protein it can adhere to the cell surfaces to infect later. Extensive research has led to the development of detailed models of the coronavirus and its protein. Researchers at the Max Planck Institute have now further improved these models.

Older models of protein spikes were static and could not represent motion. For the first time, the new model is able to simulate the movements of the spike protein itself and the surrounding glucan chains.

Not all parts are equally protected

However, research has also shown that not all sites are equally well protected. Similar to a windshield wiper, sugar molecules do not cover all areas of the spike protein. Some areas are less well protected by the glucan shield than others, the researchers point out. Some of the areas discovered have already been identified as weaknesses in previous studies, others are so far unknown.

“We are in a phase of a pandemic that is constantly changing with the emergence of new variants of SARS-CoV-2, with mutations focusing particularly on the protein spike,” explains Mateusz Sikora of the research team. The new approach could support the design of vaccines and therapeutic antibodies, especially if the already established methods fail.

At the same time, the method developed also represents a new way of finding potential weaknesses in other viral proteins, the research team at the Max Planck Institute said. Just recently, a US research team discovered another weak spot in the coronavirus protein spike: You can learn more about it in the article: “COVID-19: New weak spot in the virus found”. (BB)

This text complies with the requirements of the specific medical literature, medical instructions and current studies and has been reviewed by medical professionals.

Important note:
This article is for general guidance only and is not intended to be used for self-diagnosis or self-medication. It can not replace a visit to the doctor.