The coupled twins can not be without one after the other 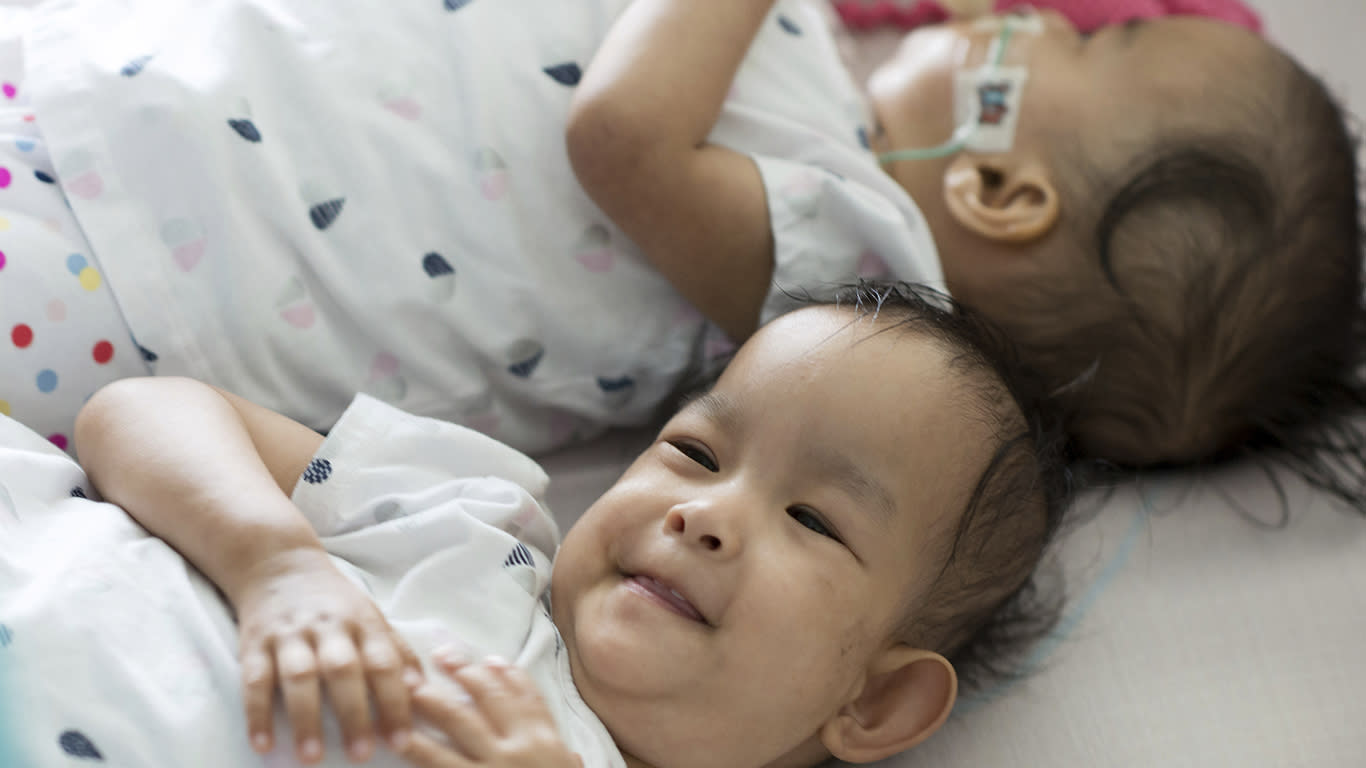 They still have a long way to go and adapt slowly to individual lives, but they can not afford to be too far.

It is clear that a week of surgery, the two girls still have an unbreakable bond.

"We're trying to get them a little, but they do a little shuffle and re-tie their legs," said Kellie Smith of Royal Children's Hospital.

"We had them in two beds, but they did not like them at all, so they are in one bed together and they are happy near each other.

"It's beautiful to see."

The girls were segregated during six hours surgeons last Friday.

Girls of 15 months of age have brought a lot of smiles to nurses in the chamber.

"When they watch The Wiggles, they will make small dance moves with their hands, it is very nice to see them separately but still very happy," said Megan Collins of Royal Children's Hospital.

Surgeon Joe Crameri says the abdominal cavities of the girls are healing well and seeing a physiotherapist develop his muscular strength.

When the girls are good enough they will go back to the shelter of the Kilmore infirmary, where a group of nurses and physiotherapists will take care of them.

Doctors are still not sure when young girls will be able to return to their home in Bhutan.