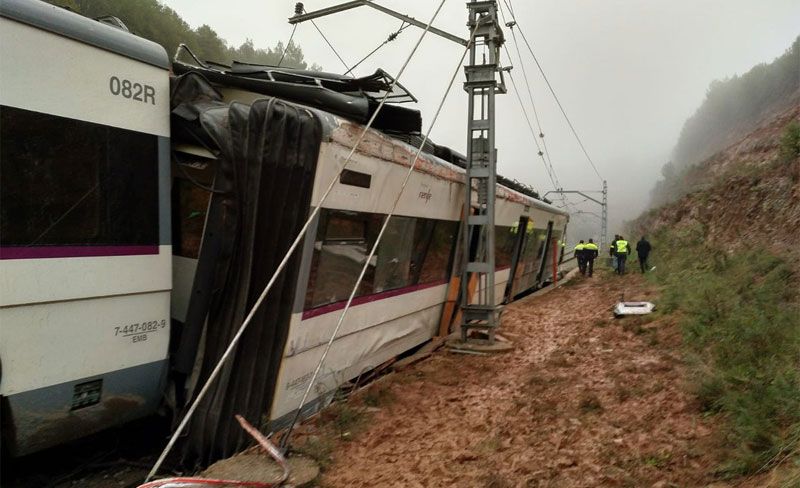 One man died and 44 were injured, three of them serious after a Rodalies train on the R4 Manresa-Sant Vicenç de Calders line derailed the first thing this morning for a landslide between the Catalan cities of Terrasa and Manresa at the height of the Vacarisses, the emergency services of Catalonia.

Up to the area, 14 firefighters, 18 Emergency Medical Emergency Systems (Sem) and 17 Moss patrols have been installed, which have rescued the wounded and evacuated passengers, which since 08.10 (local) train.

The balance of the injured, as reported by Catalan emergency situations, is 131, 3 of which were seriously injured, 41 underage and 86 victims, who were transferred to the Terrassa station.

Development Minister José Luis Ábalos assured he will investigate the derailment. In an interview with Cadena Ser, he pointed out that the accident occurred in an area that did not resist the rock but said he did not know whether the disconnection occurred before the escort passed or when he passed.

He explained that the area in which the incident occurred was "but obviously these rainy days did not support this grid" and showed that it was not clear whether the disconnection had occurred "before or during the passage" of the train, although it has clarified that the convoys are vertical and there is no one lying down. 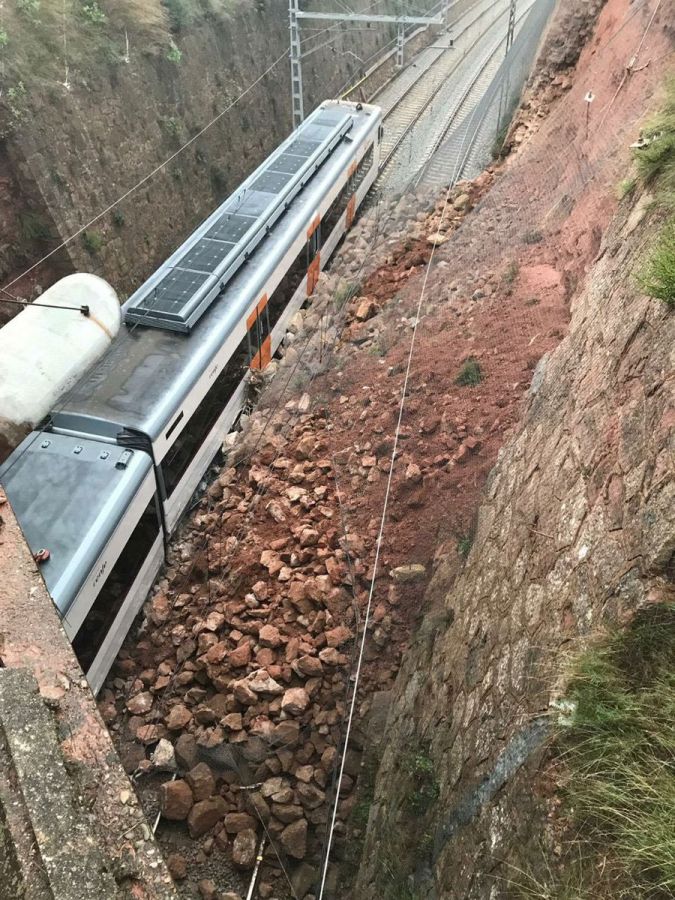 In addition, a psychological attention was created for those affected in the Vacarisses sports center. Psychologists from the Medical Emergency Service and the Red Cross were present at the post.

It was 06.15 hours when there was a landslide due to heavy rains in the last few days on the side of the road by derailing the last two cars at the Km 32 of the C-58 between Can Serra and Polygon Can Torrella. The first alert reached emergency number 112 via two passenger calls informing of a collision and that the train had stopped in the dark.

According to a passenger on the train, the travelers themselves opened the train doors to leave the train after the accident.