Asteroid Calavera returns to visit Earth and is delayed for Halloween 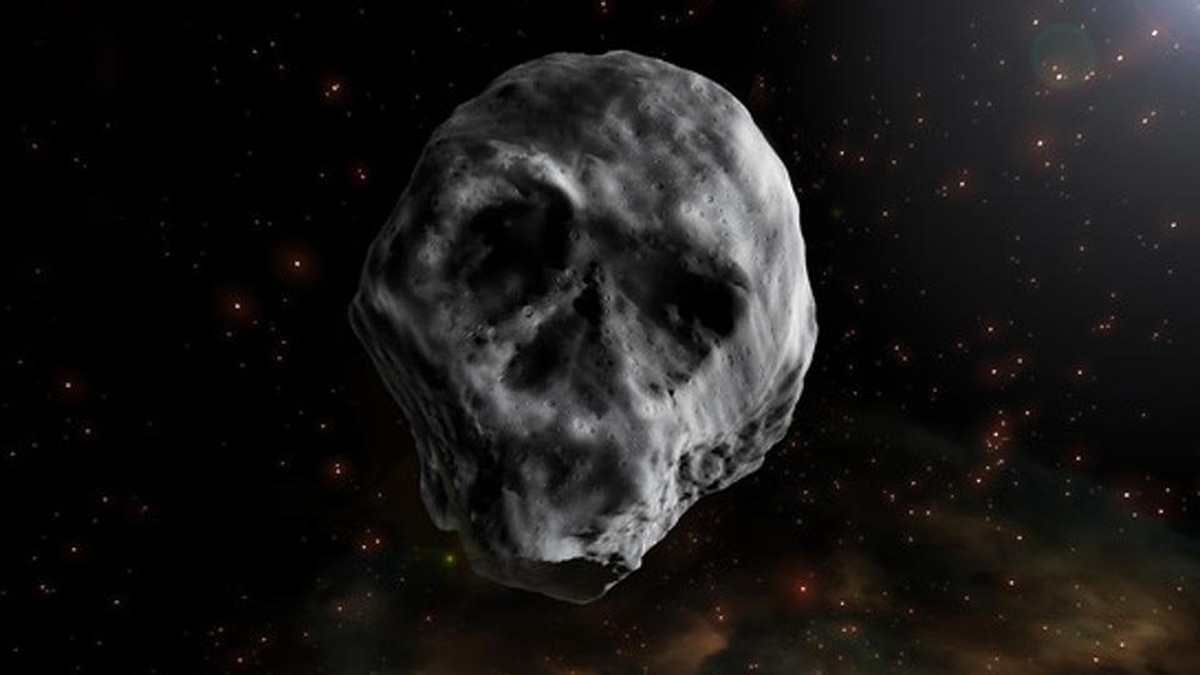 Three years ago, a huge and obscure asteroid approached the Earth, just on the eve of the Halloween, which caused a shocking feeling to the entire scientific community and astronomy fans.

When NASA photographed it, she could not believe what she saw: an asteroid shaped skull. They soon called him the "asteroid of death" or the asterix of Halloween.

But it is not a visual result or an asteroid shaped like a skull. The official name of this object, dark as coal, which many scientists claim is not an asteroid but a dead comet, is the 2015 TB145.

It was discovered in 2015 with the Pan-STARRS telescope located in Hawaii in the US and soon attracts the attention of astronomers because they saw that it would pass very close to Earth on a cosmic level on the night of October 31, only 486,000 km This is 1.3 times, the distance that separates us from the Moon.

"It has two blows that could be interpreted as eyes," said Rüdiger Jehn, of the European Space Operations Center (ESOC) in Darmstadt, West Germany. "However, you have to be very imaginative," he added.

The asteroid has a diameter of 600 meters and the two craters are about 100 meters each, he said. Despite its proximity, the 2015 TB145, which approached the Earth three years ago, is not dangerous. Fortunately, it will not happen again in the next 500 years.

The object moves about 40 million kilometers from Earth and can be seen as a light spot even with large telescopes, he explained. "However, it can continue to serve fans of science fiction as a basis for entertainment," added the ESA expert.

Star Friends Association, Sven Melchert, in Heppenheim in southern Hessen also stressed that only a "reconstructed radar-based representation", as recorded in October 2015, resembles a skull.

Since the asteroid takes the orbit around the Sun for three years and 17 days, it is expected to happen again in 2021, though it will not be relatively close to Earth until 2085.

"Because of the low brightness and distance, this time is only visible with large telescopes, such as regular NASA or ESA monitoring," explains astronomer Sinc Agency Pablo Santos-Sanz, IAA-CSIC Institute of Astrophysics and co-author of the 2015 TB145 study

As with comets and asteroids, it was also formed 4600 million years ago during the creation of the solar system, so its study can provide clues to the origin of our cosmic neighborhood and how it evolved in this period .

The Last of Us: Part II wins the first Game of the Year award

How much is being traded this Thursday, November 19th

Brazil does not stop and is the absolute leader