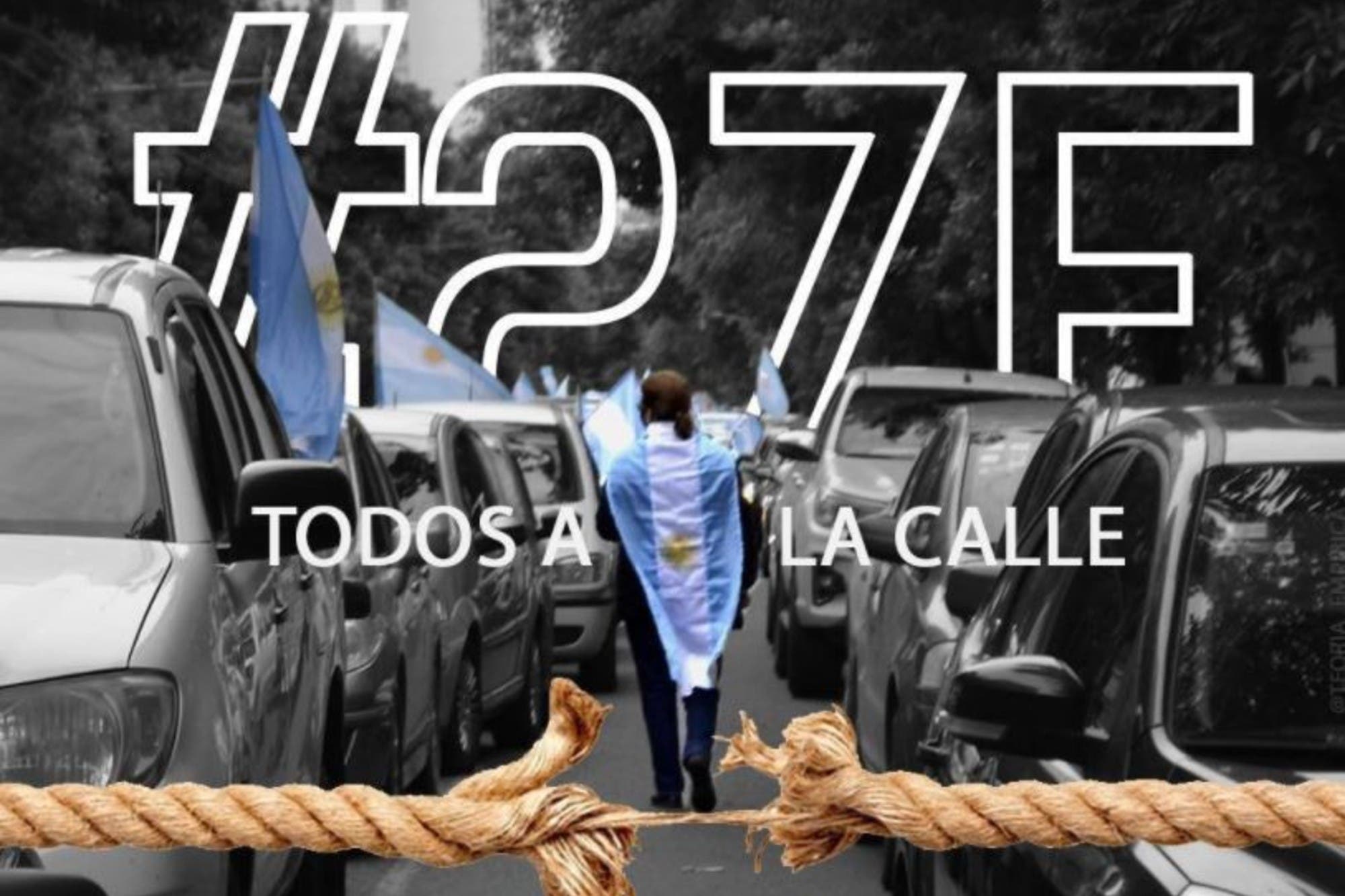 In denial of the VIP vaccination system, added to other anti-government slogans, opposition leaders and social media users are calling for a march this Saturday with the hashtag # 27F in various parts of the country. With the May Plaza as the main stage and in different strategic points across the country, opposition groups are calling for the path to Saturday, February 27 in the 17.


The
# 27F
let us walk in peace throughout the country. He was not a clown !!! They targeted vaccines for health personnel, the elderly, or other key and vulnerable groups for the personal benefit of government officials, friends, and family. They are some scammers. Enough!!
#YoVoy
& – Pablo Lanusse (@PabloLanusse)
February 25, 2021

Former federal prosecutor Pablo Lanuse was one of the people who expressed his support for the mobilization and described the slogans for which he will attend the meeting. “Let # 27F walk peacefully all over the country. He was not a clown !!! They targeted vaccines intended for health care personnel, the elderly or other core groups and vulnerable to the personal gain of government officials, their friends and family. They are some scammers. Enough !! “, he wrote on his Twitter account.

Many users used the slogans #YoVoy, Todos a la calle and mentioned the word “clowning”, which was used a few days ago by President Alberto Fernezndez to refer to the treatment given to the vaccination media at the Ministry of Health and whose justice investigates.

The messages supporting the invitation also include references to the recent conviction of former Kirchenista businessman Lázaro Báez for money laundering.

Which JxC leaders confirmed their presence on the march on Saturday?

Yes OK Together for change (JxC), the main opposition coalition, stated that he would not call the protest institutionally, various references from the hard wing of the macro confirmed that they will attend the march using the hashtag # 27F #YoVoy.

“This Saturday we will demonstrate peacefully, because of the anxiety of the elderly, because of the sense of injustice of those on the front lines against Covid and because of the anger of the K oligarchy for the proper vaccination,” the president wrote from Pro, Patricia bullrich, on his Twitter account. And I add: “In this new mobilization of citizens, I will go”.

This Saturday we will protest peacefully, because of the anxiety of the elderly, because of the sense of injustice of those in the front line against Covid and because of the anger caused by the K oligarchy for the proper vaccination. In this new mobilization of citizens, MORE.
pic.twitter.com/Rnnup1lpnv
& – Patricia Bullrich (@PatoBullrich)
February 25, 2021

On Monday, after the privilege vaccination scandal was revealed, Elisa Carrió, driven by the CC, had asked citizens to “walk silently for a Republic of Argentina with a moral identity”. Meanwhile, close to Alfredo Cornejo, head of the UCR, clarified: “We do not convene, but we support any public demonstration.”