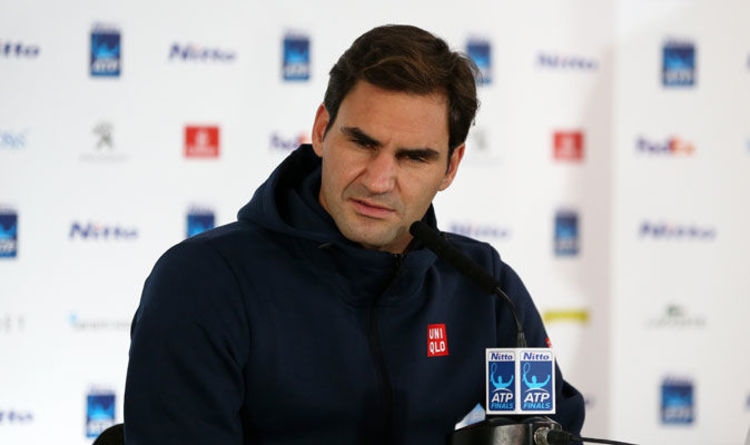 Federer secured the 99th trophy of his career in Swiss Indoors last month and could have done it for a century in the Masters of Paris if it was not the defeat for Novak Djokovic in the semifinals.

The Swiss star is the second seed in the ATP final and tomorrow (8pm) takes its campaign against Kei Nishikori.

Federer has won the record event six times, but Djokovic can be successfully leveled out in London.

And Federer has lost his chances of winning the season that is over.

"I do not think it is important to win my 100th while I win at some point. That will be exciting," said Federer.

"I think winning here is more to winning the World Tour Finals than my 100th.

"I think I like to play this event, I have always been since I got my degree in 2002.

"That was a huge point in my career, being in the top spot in my first place in my career.

"Now I'm here at O2, it's a great place, I have tough matches and that's my focus here.

"I know it happens hand-in-hand, but the focus is on having a good tournament here.

"When the 100 happens, I hope earlier than later but I'm glad to wait."

Meanwhile, Federer also allowed Djokovic to win the ATP finals "easily" if he gets to the top form.

"The dominance of the field is not very easy," Federer added.

"I think only Novak can say" if I play as I have in recent months, maybe I can also win the World Tour finals.

"The best three sets in the home, the margins are lighter, it can slip quickly.

"I have played well and since 2011 I have not won the world final rounds but I have done well."