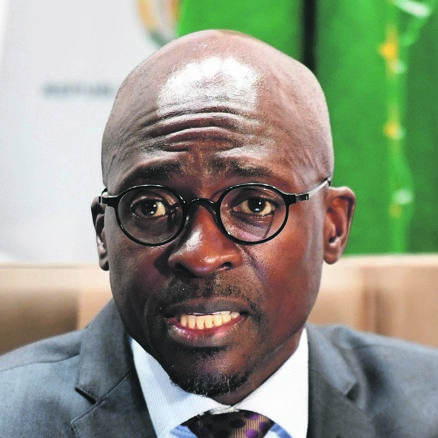 Interior Minister Maluzi Gigabba had a meeting with President Kyril Ramaphos on Friday in what is believed to be a last resort to save his job.

Gigaba's political career is in turmoil after weeks of spectacular failures.

Ramaphosa received a 20-day deadline from Public Protector Busisiwe Mkhwebane to take disciplinary action against Gigabam because he was sworn in.

He said he was pleased to say that Secretary Gigaba violated the Constitution and that the code of conduct for executive members by oath had been documented.

She investigated a DA complaint after Pretoria's Supreme Court ruled in December last year that Gigaba was lying under oath for his deal with Oppenheimers.

Gigabba was also ashamed after a video of his touch that he went viral.

Ramaphosa did not comment on Gigaba's problems, but met him in his private home to hear his side.

Despite the fact that the Constitutional Court has rejected his request for an appeal against the decision he judged to have sworn in, Gigaba is convinced that there were errors in the original decision.

Last year, Pretoria's Supreme Court ruled that Gigabas was lying under vow and violating the Constitution.

The decision in November 2016 followed a court battle in which Fireblade Aviation, owned by the wealthy Oppenheimer family, claimed that Gigaba had approved a request for a private terminal operation at OR Tambo Airport.

Gigaba argues that he did not approve the family at a meeting on 28 January 2016 for the operation of a private terminal at the airport.

Gigabba reiterated the "supportive" support of the project, subject to the completion of a feasibility study on its activities.

Gigabpa argues that the Pretoria High Court was wrong.

"I support with respect that the source of the basic error was made by [Judge Sulet] Potterll, who sat in North Gadjang Korytsa because he misunderstood my refusal to claim Oppenheimer [family] that I had approved their application to mean that I had protests that I had opposed it. "

He said new facts have emerged about Oppenheimer's relations with Guptas, and he doubts that the interactions of wealthy families with senior ANC officials that have come to light justify reconsidering the issue.

An ANC MP attending an informative meeting with Ramaphosa and ANC Secretary General Ace Magashule on Tuesday in Cape Town said Ramaphosa was strong that party leaders should monitor their behavior to the public.

According to the confidential, Ramaphosa said ANC should be held accountable in the way it responds to allegations against its leaders.

"This was a burdened statement," said the MP, adding that it could have been a suggestion that was looking to change the cabinet.

A government official working in a minister's office said the speculation was full that a reshuffle would happen next week.

He said at least four ministers could be affected. However, the reshuffle has been rejected by other ANC leaders who believe that, six months before the election, Ramaphosa is unlikely to want to compete with any constituency of the parties.